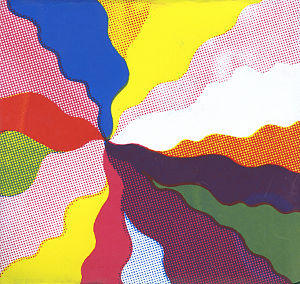 The first time I communicated with Liz Hahn, having been matched with her for the Birkensnake 6 project, I was standing in an amusement park in Central Pennsylvania watching my three year-old son ride a roller coaster for the first time. I had a hard time reading her message on my phone and responding to it in the bright sunlight, with my four year old daughter hanging on my hip, and my biggest concern, in this first communication with Liz, was that she was going to be too affable to create much of a challenge to work with.

Liz came to the table with a full proposal for a theme for our volume of Birkensnake 6. It was not something I’d ever have come up with on my own, and I was as enthusiastic about it as though it was.

Using Liz’s essay about the meanings and merits of genre fiction, we put out a call for manuscripts. For the first few weeks, we were like little kids waiting for a birthday card in the mail, checking in constantly, worried that nothing was coming. But we had a healthy number of proposals and support materials from which to choose.

We were also excited to have, originally, two examples of non-Western genre fiction to publish. This, unfortunately, dropped to one by the time we needed first drafts from all of our authors. Having begun with six authors and six pieces chosen, one of our authors — Majnun Ben-David — disappeared entirely, from e-mail, Facebook, and phone contact. We have not heard from him again and cannot find anyone who has. It is sad, because he was very enthusiastic about his proposal for a prose Qasida (Arabic lyric poem) and considered having it chosen “the best treat of my Halloween! (Sorry king-sized peanut butter cups, but you had a good run.)”. My communication with him was dynamic and fun, and I sincerely hope he is okay.

In the week that we sent acceptances to the six authors we had chosen for this volume, one editor and one author both had babies. It was a good sign, we all felt, for the project.

Our final selections included four authors who had submitted unsolicited, and one author whose work we had solicited directly. Of the four unsolicited authors, one was someone I knew personally, but her story was chosen blind, and originally green-lighted by Liz and not by me. And while we do have examples of straight-up genre fiction, Western or otherwise, in this volume, we also have two pieces that have gone a bit meta: moving outside of the chosen genre to be commentary on the genre itself.

As authors turned in first drafts in May, the authors decided to submit to a peer review process as well as submit to the editors. Now, four out of five authors, as well as both editors, have begun a workshopping group together for their works in progress.

Friend, artist, gallerist and demolition derby driver Jason Sauer threw in his lot with us as illustrator, and we had a great time fleshing out the drawings with him through the texts. As we finished up the issue, Jason and his wife Nina, owners of Pittsburgh’s Most Wanted Fine Art Gallery, suggested the idea of the seven issues of Birkensnake 6, and some of the original illustrations for them, travelling as a gallery show, a plan now in the works for a number of cities.

Since, as Liz had said to me, “we set out to do a non-cookie-cutter take on what’s seen as cookie-cutter literature … we can at least show that genre fiction is produced and consumed by non-cookie-cutter individuals and groups”, I think there were interesting things to note about the demographic makeup of our issue. An attribute of many of those contributing to this issue was that their own faces alone did not tell the ethnic/racial/cultural background of their families of origin and/or the families they had made. Among those who made Birkensnake 6: Wild Conformations were a Korean adoptee, an adoptive Korean mother, a Caucasian man with a Chinese wife, a Brazilian-born US citizen of German and Belgian extraction married to a Japanese-Brazilian, and a mixed race Filipino/Chinese/White guy (who also identifies as queer, alone in a sea of the rest of the issue’s hetero marriages).

Working on this issue was hardly the hardest thing I’ve ever done, but nor was it the easiest. There were times the passage seemed to get very narrow, but for the most part, the entire experience was expanding, and I look forward to helping plan the gallery tour and get to meet more of this larger “us”. I am definitely proud of our own issue and very grateful to Liz, Kawika, Jamie, Lisa, Patricia, Matthew, Jason, and Edie for their parts in it.

Amber Dorko Stopper has published nearly thirty short stories but only likes two of those. She is a knitter and a mother and is the founder of Krampuslauf Philadelphia.