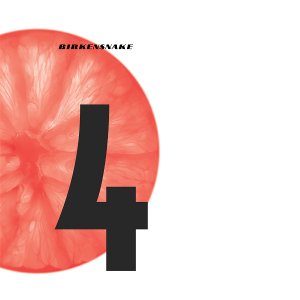 Lisbon is a quiet city of narrow, winding streets radiating from a pretty square surrounded by arcades. My friends had given me a warning before I left. The people there are warm and welcoming, their ways open and inviting, so long as one local taboo remains unbroken: under no circumstances must one drink alone in public. This had completely slipped my mind the evening I arrived, and woe was me, for from the moment I sat down to an aperitif on a café terrace I became the victim of a courteous but unyielding ostracism. Information booths were stubbornly closed to me. Offices took up impossible schedules to discourage any complaint. Passersby switched sidewalks, avoiding my gaze. Women affected beautiful indifference.

Ottawa does not exist. Taken aback by the unreal and factitious nature of the capital, my friends and I soon discovered that the setting of pure façade was mounted every morning and struck every evening by an army of carpenters. Even the locals were extras paid a daily wage to feign urban animation. This vast mise-en-scène aimed at tourists cost the federal treasury a fortune.

The Great Diorama is Venice’s main summer attraction. Rising from the Piazza San Marco, it consists of a large panoramic screen on which, through a clever system of mirrors and lenses, images of the city’s main monuments are projected, allowing tourists pressed for time to take them in with a single glance and photograph them all at once.

Brussels hasn’t changed since the war. In this cheerless city, time seems to have stood still. The cars and advertisements are those from the forties; the ramshackle tram lines have never been replaced. The gray host scurrying toward the stations when the offices empty, still dressed in the fashions of the era, seems straight out of an old Gaumont newsreel. And even the city map they handed me at the tourist office dated from half a century ago. The index of street names was so obsolete that I could locate neither the neighborhood I was lost in nor the address of the friend I was staying with. This fact did not surprise the young guide who showed me to pitiful accommodations in the Marolles — a closet, really, left untouched since the bombardment: two windowless rooms and a minuscule entrance, all a typist at the time could afford on her modest salary.

Another time, we visited the caverns of Isernia. This is the name given to miles of natural galleries erosion has burrowed in a mountainous massif of the Abruzzo. Poor, backward peasants holed up there like troglodytes carry on their ancestors’ way of life, raising a singular race of sheep: very short of leg, with thick, greasy wool. Neither men nor their animals ever see the light of day. When night falls, ragazzi from neighboring villages converge and hold races in the tunnels. Their scooter headlights cast a ballet of fantastical shadows on the chalky walls, and the echoes of engines backfiring rebound in the passages, to which the herds soon add their chorus of terrified bleats.

Bucharest under Ceaucescu’s dictatorship was home to one of the most beautiful movements of popular resistance in European history. As the tyrant had ordered the demolition of all edifices that might possibly overshadow his own greatness — belfries, steeples, campaniles — each and every citizen secretly undertook to build a pretend tower in his or her backyard, taking care that it rise no higher than the roof of the house, so as not to be seen from the street. One man made a small medieval keep from the cobblestones of an abandoned building site. Another erected a miniature Eiffel Tower with salvaged scrap iron. A little old woman lovingly tended a cactus which rose in her courtyard like a solitary candle. For ten years, a milkman collected all the oddly shaped pebbles he found on his daily rounds, assembling them on Sundays with the help of cob and barbed wire into a kind of lighthouse vaguely Byzantine in style. The most modest contented themselves with stacking fruit crates until they formed little turrets of uncertain equilibrium a few meters high. Most of these humble monuments were preserved, and may still be seen today. The rust, moss, or ivy that have overrun them lend them the added poetry of ruins.

The social life of Seville is entirely subject to the fluctuations of fashion. Every three months, the upper crust completely renews its wardrobe, making gifts of their old outfits to their valets and chambermaids, who at the next trimester pass them on in turn to cooks and concierges. And so it goes, down to the newsvendors and street sweepers. This fashion lag allows one to situate a person on the social hierarchy at a glance.

Thankfully, the confessions of a retired civil servant have at last shed light on the scandal of expurgated books in Budapest. The day after the communist regime collapsed, the government, under pressure from the IMF, began an intensive privatization campaign of state property. When all the railroad, water, gas, and electricity companies had been sold off to multinationals operating under shell corporations, the Minister of Finance turned to the final remaining property whose sale might fatten the country’s coffers: the national literature, preserved in public libraries, the law having till then forbidden individuals to own books. The operation was conducted in the utmost secrecy, as protests were feared in cultural circles. Thus were most famous pages of Hungarian literature put up for private auction and sold to the highest bidder. Once they’d discreetly joined the collections of rich Englishmen, Americans, or Japanese, special teams of librarians working at night set about deleting in every copy, with permanent marker, the passages that had been sold, guaranteeing collectors the possession of a truly unique fragment.

As the average Hungarian reader scorned, like readers everywhere, the company of great literary classics, only years later was the scam discovered. A recent exhibit at the National Library revealed the full extent of the damage. Thanks to a few samizdats circulating among dissidents of the former regime, certain texts have been reconstructed.

Until quite recently, the most refined form of capital punishment was practiced in Kazakhstan. Picture the crowd, on the morning of the execution, converging in silence on the theatre of the city. From a stage rises a giant aquarium in which the condemned man has been submerged, bound hand and foot, dressed as a diver. At the appointed hour, the executioner activates a mechanism that with a single stroke tears the oxygen mask from the poor man, who immediately drowns before the enthralled eyes of the audience. Amnesty International’s protests have finally brought an end to this practice, which none considered barbaric. But it is whispered that a fanatic sect secretly continues the tradition with major criminals kidnapped upon their release from prison. Videos of these executions, furtively traded, are worth more than gold. Even today, it is impossible to verify this information, which may be no more than a rumor.

Each year, the volcanic island of Aru in the Indonesian archipelago sinks a few centimeters deeper into the sea, and it has been many moons since the tides swallowed the coastal village of Sumbaya. Once a year, during the great neap tides, the population gathers on the shores of the neighboring isle and turns its binoculars on the beaches of Aru. For a few hours after sunset, the retreating ocean uncovers the remains of the ghost village, like a wreck wreathed in algae and jellyfish.

To sidestep the religious ban on the reproduction of images, Qatar’s tourist industry has come up with an ingenious stratagem. As all trade in postcards is officially prohibited, postcards are illicitly sold in hermetically sealed envelopes. Tourists are asked to write their messages on the back of the envelope. Although quite aware of this practice, the powers that be close their eyes to it: thus appearances are preserved without any suffering on the part of this minor industry.

To spice things up, good-natured pranksters have a bit of fun at tourists’ expense by selling postcards unrelated to the country’s sites and monuments. Thus your addressee may be surprised to find a picture of the Eiffel Tower or Trafalgar Square — or even the pinnacle of refinement, an immaculate rectangle of cardstock, virgin to all image.

After leaving Barcelona, Antonio Gaudí set himself up in Lyon and designed his final masterpiece, the station square. It is a vast undulating esplanade, paved with a mosaic of multicolored tesserae that sparkle like the sea in sunlight — such that, on crossing it, one seems to be walking on frozen waves. It gives onto a great staircase of serpentine steps across from the station, and is bordered by heavy panels of doubly curved glass that multiply space and with the artifice of their reflections push the surrounding buildings back into infinity. The city seems so distant that when you reach the top of the stairs, you are stunned to see the Croix-Rousse quarter suddenly appear, with its narrow houses closely shelved as books, rising in rows along the hillside in the orange morning light.