The whole world died today. The truck driving men with their smokey beards cut their engines and spit once more from their windows before closing their eyes.

And all the clowns, twisting balloons into snouts and tails — their white fingers stopped moving.

The children in the park were lined up, waiting for rides, waiting to get older, scratching scabs, singing songs with dirty words. They all fell to their knees, exhaled, and quieted.

Miles away, just about ten miles from where we used to live, the Pacific ocean opened her mouth wide and drank herself dry.

Except for you and me, the world finished itself off, rolled over, and died an unremarkable, quiet death.

We walked to a nearby planet.

Colors were more muted there. Yellow was difficult to discern. Old women, women who reminded us of our mothers, walked with careful steps. We called them “the Mothers.” Their bodies seemed lighter, a less heavy kind of walking, as though they might float.

Their eyes seemed to look past everything in front of them. Maybe they were waiting, or possibly drifting, the way we often do, eyes ahead, not much attention paid. They seemed to exist in the long, endless moments between death and being a bit too alive. You decided this meant that the Mothers saw life as a miracle and as a punishment, how it comes and goes both too slow and too fast.

They smoked cigarettes and held their lips together between drags — not smiling, but what your mother might have called a “bemused” look. Your mother had a way for explaining faces. Our mothers should have met — they could have solved the world’s problems between the two of them.

You explained as we walked that we must tell stories now, both to remember and to forget. I said this sounded like a non sequitur, this idea. You asked me not to use words like this anymore.

Words like that didn’t matter here, and they shouldn’t have mattered before, you said. Words like this were invented to cause pain.

I didn’t bother pushing. I had no desire for this. You were right, these things didn’t matter anymore. Words and language and tone were as easily discarded as orange peels. Language merely encased the nourishment of one spirit knowing the other spirit. We were known to one another here. In this new world, we tended more to the lessons learned within the quiet.

Regarding the past, how I moved away, you said, “I know you didn’t mean to destroy me. I know our world was fractured. I just missed you, even when you were right next to me. I missed you then and after you left.”

“It was the best I could do,” I said. “When I left, I believed I was loving you better that way.”

“But I never stopped being sad. When you left, you left a cloud.”

“Sometimes the cloud part rests for longer.” My voice was different.

You smiled. “You would have been perfect if you’d never said things like that. Those things mean nothing.”

There wasn’t anger in your voice, it wasn’t bitter. I looked for other layers, I sought out accusation, but there was nothing else. And I agreed with you. I would have been better, but for my bad thoughts, my sad words — the way I let them take over.

I knew this about myself now.

“You’re right,” I said. The lightness in this was stunning.

The Mothers approached us, they brought what appeared to be small sausages, apple slices, and little cups of coffee. We followed them to a long, narrow table made of dark wood. Mahogany, I thought. We had not seen many trees except Birch trees, so far. Their papery sound, the wind through their leaves, was exactly the same here. The leaves bent and shook, it seemed they were green, but we couldn’t say for sure. It was out of our hands this idea of color, these sorts of conclusions.

While we ate, the Mothers murmured, whispered names that sounded like their children’s names. It seemed this way because there was a new sadness that hovered. It seemed we carried memory for them, the way they watched us, the way they reached out and smoothed my hair, placed a hand over yours when it rested on the table.

That sort of thing would have bothered me before.

It would have forced me to leave the table, I might have felt nauseous. That sort of thing, the touching and the sausages together would have felt too heavy. And I would have walked away before I became sick.

You hated how I couldn’t withstand the duration of meals such as these.

But I remained and I absorbed their sadness, their whispers, their touch. I continued to eat my apples. They tasted the same, sweet and tart, the way red, when it’s done right, should taste. I watched you eat your slices and you did this with slow, methodical movement. It was the slowest you’d ever eaten. The new planet was better for those two things so far, my sticking around, and your slowing down.

“Remember how food was a disaster,” you said.

“Yes,” I said. “Food and sleep and sex. They were all a catastrophe.”

“And it wouldn’t have been any different in any other city, in another country, in a different apartment,” you said. “We were the same everywhere we went.” This was your storytelling. This was how you remembered.

“We’re the same here, too,” I said. “We are the same, but something ugly, something impossible seems to have left.”

You reached across the table and touched my wrist. You traced the veins, pressed them gently.

I watched as your fingers moved, I saw that this was all I ever wanted from you. I wanted this much, and not more.

You, I could see, did not feel as though you were with a child. At one time, you had said that it felt this way with me. A little girl, you had said. Like you were sleeping with a little girl. But not here. I didn’t feel turned inside out. My insides were okay, my outside was comforted by your touch.

The Mothers watched us. They knew they had helped, they had, indeed they had. They cleared the table, they carried the tiny cups, the remnants of sausage. They walked away. Certainly they had a home, or several homes. Perhaps a hotel with various partitions, quarters, sleeping rooms. They walked away to find repose. It was a seamless departure.

It seemed possible, all of these things did. We didn’t speculate. We watched your hands. Your fingers still traced my skin. There was no need to rush this. There was discovery in this for you, and for me.

“I called you Angel,” you said. “You had the face of an angel and I believed you were from God.” There was no sentimentality in this, but your eyes were not without emotion. You seemed to have assumed the same expression as the Mothers. What was the word for this face? Resignation? Perhaps gratitude. You and I inhabited this moment. What came next was not of concern. That’s what this look was — one that needed nothing but the now.

It wasn’t without kindness, your gaze. Your eyes didn’t lack intrigue, yet they didn’t seek anything either. Your eyebrows, your mouth, they didn’t curve, they didn’t narrow. Perhaps I wore this expression as well.

I recalled a birthday card from you when I turned twenty four. I remembered the exact words: ‘I believe you to be an angel.’ You wrote those words. I remember how I feared that you were so wrong. I had too many sharp edges, I was restless, I had no God.

“So what do you do with a dead angel?” you asked.

Your question hung over us. It would have made me leave before, such a question. I would have cried. But this didn’t hurt. The question was true. Perhaps we were dead angels. It seemed possible. Maybe we were both alive and dead and not really angels at all.

We didn’t know where we’d now come. The naming of things was not important.

We sat like this. Minutes, maybe hours, we remained like this. We had faded, our color had. Our bodies didn’t remind us of their needs, didn’t demand any sort of attention.

We observed how our faces glowed, just a tiny bit they did, as the night fell. Your hands held my hands, you saw me as I’d always wished you would. You didn’t ask, you didn’t need. We rested there. 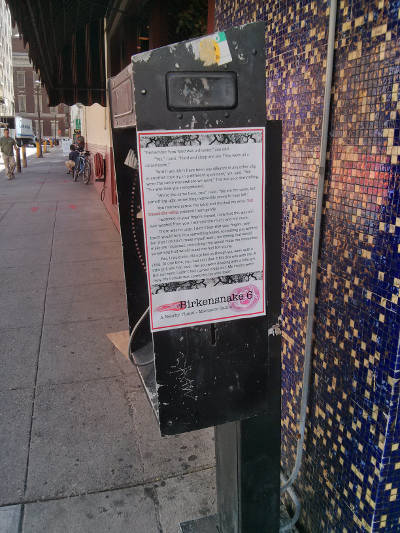