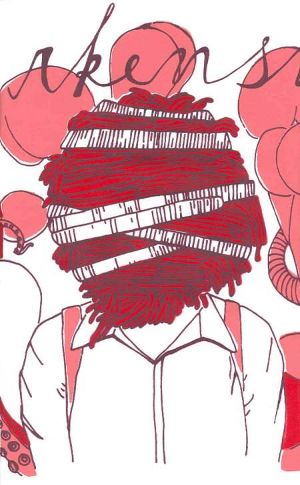 When the weather changed, season to season, rheumatoid arthritis inflamed the Professor’s lumbar region, forcing him to spend more time than usual compiling his notes and observations about his duck lady. They were recorded just as they came to his mind.

The Professor had named his duck lady Ruthie. In order to keep her in good health, he established, and intended to maintain, a biosecurity program that would prevent the introduction of diseases into the premises where she was kept. No source of infectious agents would be allowed entry. In cases where it was necessary to bring other duck ladies to the lab, they had to be from an established disease-free source, and would be quarantined for observation before gaining entry. Potential carriers of infectious material such as people, trucks, and poultry crates and equipment would be denied entry unless appropriate disinfection measures were taken. The Professor planned to change clothing and boots and use disinfectant foot-baths upon entering the premises or buildings. He would seek to minimize environmental stresses which could cause his duck lady to become susceptible to infections by making sure to provide her proper housing, management, ventilation and nutrition.

A reported outbreak of Duck Plague in the area was worrisome. It is an acute, contagious, highly fatal disease caused by a herpes virus. Affected duck ladies show sluggishness, incoordination, shaking of the head, twisted neck, ruffled feathers and greenish-yellow, bloody diarrhea. Dead duck ladies, commonly found on their backs, paddling their legs, often have blood-stained feathers around the vent and blood dripping from their nostrils. Eruptive lesions of the mucous lining of the esophagus and intestine have also been noted. Sometimes, necrotic plaques appear in the cloaca. The liver is enlarged, copper-colored and easily crumbled.

Another danger facing Ruthie was toxins, particularly aflatoxin, a mold that grows on cereal grains and oilseeds in wet harvest conditions. Even small amounts produce mortality. And duck ladies with access to stagnant ponds, where decaying organic matter like animal carcasses is found, may consume Clostridium botulinum. Botulism causes a progressive flaccid paralysis of the neck called limberneck. Two days later, the duck lady is comatose or dead. Other likely sources of toxins included the deadly ricin in castor beans, the erucic acid in rapeseed meal, and rat poisons that contained Warfarin, an anticoagulant. Were Ruthie to consume just a cupful, she could bleed to death the next time she stepped on a nail or swallowed a razor blade.

About a year ago Ruthie had begun releasing specific body parts when these parts were grasped, a form of autotomy.

The Professor had caught her stealing lard from the laboratory icebox and had chased her past the house, around the pond, and finally to the edge of the woodlot, where, when she turned to see where he was, he reached out and took hold of her scruff, which shed its flesh into his hand. She kept on running.

All of this led the Professor to a bit of reading about autotomy in the archives of the Proceedings. In lizards, he discovered, it is the tail that autotomizes, not the digits or limbs. In a few species, portions of skin autotomize, a defense strategy known as “fragile skin.” In the terrestrial plethodontid salamanders, tails, digits, and portions of their limbs are sacrificed as a means of escaping predators. Grasp a cricket by the leg and watch it break the limb away with a snap. The sea cucumber will fling its innards at a threatening drum-fish to disorient it, then sidle into hiding and grow new ones.

Like lizards who have evolved tail autotomy as an escape strategy, the Professor’s duck lady displayed movements of her “bottom” that were intended to attract his attention away from her more vulnerable top parts. The downy pin-feathers there showed sharply contrasting colors and patterns. At the same time the Professor noticed a stereotypic “twitching” back and forth as she positioned herself for a run in the event he attempted to mount her.

But the escape maneuver would be costly, representing a loss of fat and protein, which are needed for regrowth of the pudenda. During this time, she would remain at higher risk for his predations, as there would be little or nothing else for her to drop. And her reproductive life would go into hiatus, with gamete production completely halted.

The Professor theorized that autotomy in duck lady bottoms was enabled by special zones of weakness at regular intervals in the vertebrae below the vent. Essentially, she contracted a muscle to fracture the vertebra itself rather than break the “tail” between two vertebrae. Sphincter muscles then contracted around the caudal artery to stanch bleeding.

While autotomy was rare in mammals, the Professor knew, it did occur in mice, rats, and certain other rodents who could slough off the sheath of skin and fur covering their tails. He found this out one day when he was swing-bonking a rat against his laboratory wall to kill it. Suddenly, its weight was gone. He heard it thump against the wall and fall to the floor. There he stood, with a limp, brown tail-sheath in his hand, watching the rat disappear behind the autoclave.

Consulting the Proceedings in regard to honey bees and autotomy, he found that the stinger tears cleanly away from its body, though the sting shaft keeps moving to embed itself deeper, and the venom sac continues pumping for several minutes. The sting of a queen honey bee has no barbs and does not autotomize, while the genitalia of male drones do autotomize during copulation, and form a “mating plug” which is removed by subsequent drones that mate with the same queen and die in the process. Crabs, brittle stars, lobsters, and spiders can also lose and regenerate appendages. Autotomy also occurs in some kinds of octopus. A specialized reproductive arm, the hectocotylus, detaches from the male during mating and remains within the female’s mantle cavity.

More drastic self-preservation strategies were also noted in the Proceedings: Californian Jerry Fantini amputated his leg below the knee with a chainsaw when it became stuck beneath a tree he’d felled. In Utah, Aron Ralston, his forearm hopelessly crushed beneath a boulder, severed it through the elbow with a pocketknife, then broke and tore the two bones apart. An Australian coal miner amputated his own arm with a Stanley knife when he found it trapped beneath his front-end loader when it overturned deep within a coal mine. A New England crab fisherman got his arm caught in the winch during a storm and amputated it at the shoulder with a small axe.

There were even rarer cases where self-amputation had been performed for other purposes. In Vernon City, Florida, a bizarre scam was uncovered involving individuals who cut off their own limbs to collect insurance money. Daniel Rudolph, brother of the Olympics bomber, Eric Rudolph, cut a hand off with an electric saw and videotaped the process, to “send a message to the FBI and the media.” Evidence suggests Rudolph was a victim of Body Integrity Identity Disorder, a mental state in which one acts out a compulsion to remove body parts, usually a limb, but sometimes eyes, ears, tongues, even such internal organs as the appendix and the spleen.

Given these facts, the Professor took the precaution to store any and all sharpened objects in his laboratory safe, even kitchen knives from the house. It was one thing for his duck lady to exhibit simple autotomy for the purpose of escaping danger, but quite another if she embarked on a mental trail leading to self-amputation. Nevertheless, his fears had been heightened one recent a. m. when he’d found her in his study, quite involved in speed-reading the Proceedings. Suggestible creature that she was, knowledge could be a dangerous thing. It was the Professor’s fondest hope and expectation that Ruthie would be spared any further development along these evolutionary lines and that she would continue in health and safety until the end of her days.

“A Case of Autotomy in a Duck Lady” is excerpted from the novella Quackers.