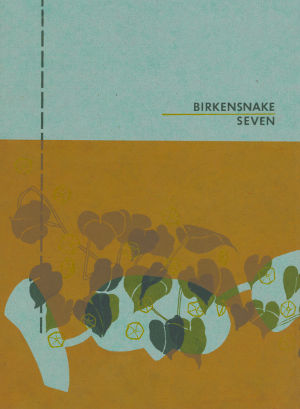 here is a certain group of scholars and are in the forest. they have came to have a study but they are to camp in the forest. as they move in the forest they reach a fence with a house. ‘what do you think can be in that house,’ one asked. ‘bill,’ one of them replied, ‘i think its none of our study.’ ‘this is to be a best place to camp in but we have to check that house first.’ ‘guys lets go but girls wait for us,’ called the teacher. they entered through the gate and went towards the house. ‘people lets split and check everywhere.’ dan moved upstairs, cris went through the corridor until he reached the hind door. he opened it and even moved in the courtyard looked around and saw other quarters. he was moving to see what was in it. suddenly the hind door of the main house banged and he was scared then he ran to open it and went back. brave had went to the side of the kitchen. he found packed food in tins and paper bags, he picked it up and went back. then dan who had moved upstairs with bill, bill entered a certain room where he saw things like for a baby. dan reached a certain door, when he was near to it he got dizzy and when he looked at it, it turned into a coffin he tried to open it but fell down. bill heard him falling, he came and saw dan on the ground. the teacher was in the restroom amazingly watching the poetry, masks and pictures when cris and brave came. suddenly bill called them ‘people come and see what happened.’ they ran and saw dan down, they untied his shirt buttons and carried him out. when they reached out they called the girls waving to them and later told them what happened. brave also showed them the food that he had found. meran cried and said, ‘oh its expensive and looks new but who are the owners,’ the teacher replied, ‘the report is that the house is empty i think we will use it.’ ‘no no’ cried dan as he got up from his dizzy, ‘i got a dizzy when i tried to open a certain door and it was turning into a coffin so it may be not safe for us to use it.’ bill said ‘for that statement, i have got bad feelings about that house’ and he threw a nut in his mouth. brave said we have to camp around but not in the house so they made a camp and prepared for that night. at night, they were wondering where the house got the power in that place so they did not even bother to light fire because the security light did well. immediately, lights went out, and when gambling to light the campfire, brave was standing and saw something in a distance but since it was dark he didnt identify it. then dan came to brave, ‘hey what are you looking at’ dan said ‘nothing’ replied brave.

at the campfire cris was reading a certain book silently ‘the clouds were threatening to rain each and every time,’ meran asked, ‘hey what is that you are reading funny? read for us too.’ ‘do you want some ok listen,’ then he started reading ‘pirates arrived at the dock but did not find anyone as they expected and found no one anywhere in the town … then it got dark once and the dead rose from everywhere. so the dead started to …’ ‘stop stop’ bill shouted ‘i do not want to listen to threatening stories cris.’ ha ha ha ha ha everyone laughed look at this coward. hey people lets eat supper and sleep we have to start the study in the morning. they brought a box of edibles and drinks they ate and slept. meran said this is quiet i think because it is a bit far from the road.

in the night, brave dreamt about the room of that house and was looking in the box of books, suddenly someone whom he did not even know told him to read a book. he woke up and looked at the house. he picked up the lamp and moved to the house. the teacher woke up when he saw the light in the house he also got up and picked up the gun and went to the house but he did not go with the lamp because he did not want to scare away the one in the house. no sooner had brave started to read in the books in the box than something passed behind him. he turned and went to the room door. is anyone there? brave called but there was no reply he went on reading. then we see something moving to the room where brave is quietly and reached brave hey brave shouted with a loud voice oh teacher what are you doing here? ohh i think it would be well if you answered it to me, ok when i was sleeping i dreamt about this room and these books thats why i am here. brave this place is not safe you know. teacher that is what i am discovering oh brave these are only storybooks teacher i have got a diary book but i wonder its age. did you hear something i heard someone upstairs. brave this house was checked well then they heard a big bang. they moved upstairs only to find one of the doors down. brave dan said this door didnt open what blew it? lets check in it. moving in slowly into the room suddenly the door which was down closed behind them and their lamp lit off. brave called teacher then he heard like teacher was dying to touch he felt blood teacher whats wrong then something knocked him pushing him hardly and through the window and fallen out of the house when he fell was injured and he could not even move. it was at dawn when he crawled up to cris’s tent and he yelled cris wake up and came out only to see brave down he called out the other whats wrong brave brave replied i want to rest. cris dan planned to enter the house to get their teacher looking at the window which was broke by brave. meran came guys whats up. we want to get in that house and get our teacher. are you crazy see what happened to brave. our teacher is seen nowhere, brave is down we need brave to get healed first and go home. what if our teacher needs help still in that house? we have to separate and enter that house cris empty handed? no we have to enter with fuel and burn this house at least. they went and got fuel dan go with meran, bill go through the front door with shellie and i will climb through this window with lucy, cris explains. cris blew the whistle and they all entered the house at once. they started to pour fuel everywhere. meran had went ahead of dan when something pulled dan into the room dan shouted run meran entered the room and saw dan bleeding from everywhere in eyes, ears, nose and in the mouth, meran shouted in a loud yell. brave was dreaming people wearing white calling him he got up and told them i am gonna fight you. then he woke up and heard a scream. he got up called out on dan and the others. bill was still pouring fuel then he stopped and looked at shellie amazingly. he threw down the fuel jerrycan weakly. shellie asked what are you looking at only to see a shadow which developed from shellie’s caught her and pulled her. she called bill help bill tried but the devil slapped him and he knocked the door brave was coming towards it and was also knocked down. cris and lucy came from behind and said brave we are going to burn this house. bill had poured fuel from the house up to outside they lit it and fuel started to move to the house. a spinning wind with dust came and extinguished the fire. the devils are fighting we have to leave this place and go home, bill, cris, lucy & brave ran collected what they could and left for home. ran through the forest but brave remembered his friends who had died he stopped and went back.

when he reached he shouted hey you devil come lets fight. i dont wanna fight you when you are using your power. that means you fear me. come lets fight. suddenly the body of their teacher came out sailing in wind it said you want to fight us physically you have got us then young man if you lose all your friends will die but if we lose you will ruin our house with flames of fire and also leave you to go brave said yes and his friends were paused the devil laughed brave attacked angry but was kicked down he fell while still down it was going to step on him and he rolled away he tried but he could do nothing to it it caught him by the neck and threw him to the wall he fell down and made a cross structure the devil started to scream he took this advantage and hit the devil in the body with a wood and it fell down the devil left he lit fire and burnt the house he carried their teacher’s body and went to his friends. they cheered up for a moment they entered the car and forest this meant the end of the blood house.